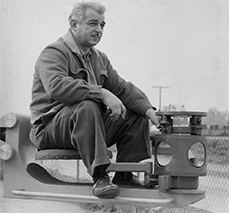 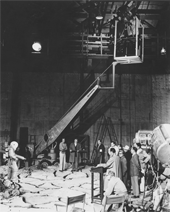 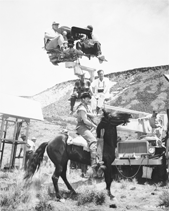 Our line of equipment, over the years, has gone through an evolutionary process of research and development and has provided the foundation of all camera support equipment on the market today. The Chapman line of equipment has evolved over the years to accommodate the new technologies and needs of our industry. The history of the Chapman line of equipment begins with the Small, Medium and Large Stage Cranes that were developed between the years of 1946 to 1947. The largest of these units obtained an extraordinary camera mount height of 40 feet. Next came the Hercules Mobile Crane between the years of 1953-54. This unit added the features of driving the unit to the location, six wheel crabbing abilities and leveling system. 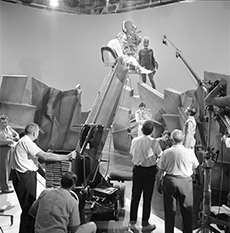 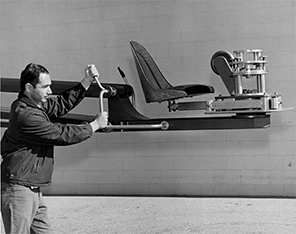 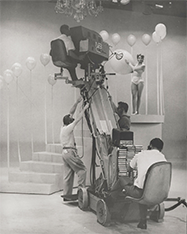 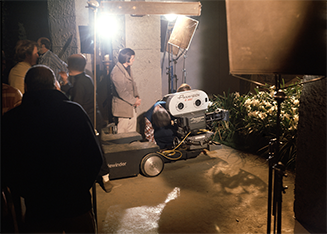 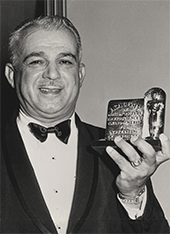 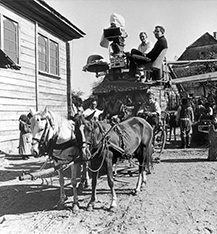 By 1973 the first small dolly, the Hustler, was developed. The Hustler Dolly had the ability to be used on or off track, crab and conventional steering and hydraulic lift system. Between 1980-81, the first PeeWee® was developed. This unit was revolutionary with its ability to work on and off track, without changing wheels; the ability to change the wheel configurations; the ability to change the camera mount into various camera positions; and the ability to be made compact for easy transportation. While the PeeWee® was being introduced into the market, the Hybrid Dolly was in the works between 1983-84. The Hybrid was simply a larger version of the PeeWee® with many of the same features, as well as combining some of the features of the Hustler dolly. By 1986, the Super PeeWee® was developed, adding the feature of electrically recharging the hydraulic lift and in 1995, the Super PeeWee® III was our latest version in the PeeWee® line adding the feature of a Universal Stop Valve for smooth, feathered stops in any position of the arm. As the millennium approaches so does the ultimate PeeWee®...the Super PeeWee® IV. This unit incorporates a new third shift steering, commonly called 'roundy round'. Additionally, this unit has a built-in heating system that maintains the hydraulic oil temperature for perfect operation every time! Also new is the Super PeeWee® IV Cart to hold all the lovely new accessories for this truly revolutionary dolly! 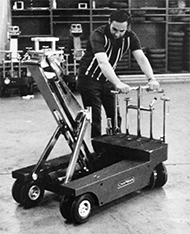 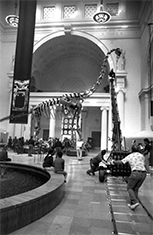 By 1983, with the coming of remote camera systems, the first Lenny Arm Prototype was developed. This was the basis of the current Lenny Arms on the market today. By 1992, the first Lenny Arm was introduced to the industry. The Lenny Arms unique features are its ability to be used in many different configurations and for both manned and remote use. The Lenny Arm II came in 1993, as well as the HY HY® base. The HY HY® base enabled the operator to quickly level the arm by a simple rotation of the leveling rods. The HY HY® also has the ability to work both on or off dolly track. By 1994, the Lenny Arm III was developed to reach even greater lengths. Also new was the ATB (All Terrain Base). The ATB was developed to easily handle larger crane arms, as well as have the added ability of electric drive and balloon tires. This combination makes it a simple process to glide the unit across most terrain with quickness and comfort. In addition to the Lenny Arm series and bases, came the development of the Olympian Sideline vehicle. Developed for football coverage, it was also ready to cover the 1984 Summer Olympics, which was hosted in Los Angeles, CA. 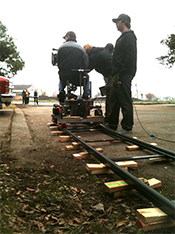 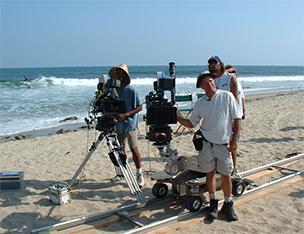 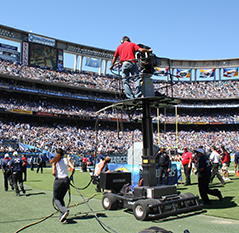 In 1994, Chapman created its first pedestal unit, the Pedolly®. This unit was 8 years in research and development, combining the best features of conventional dollies and pedestals. The Pedolly® met with much success both in sports coverage as well as music video and television coverage. The Lencin® pedestal was soon to follow, with the features of the Pedolly® mixed with the features of the more traditional triangular shaped pedestal, the Lencin® was used on a variety of sports and television shows. With smaller and smaller cameras, came the need for smaller pedestals, now Chapman carries the Lencin Compact and Mini as well as the new Cobra® to accommodate smaller cameras of the digital age. 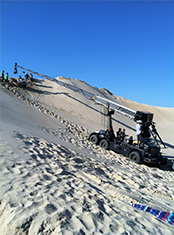 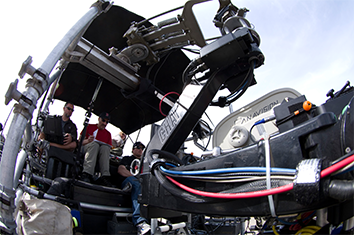 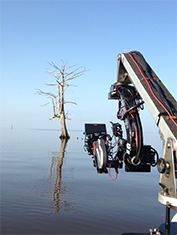 By the first decade of the new century 2005 was the year Chapman / Leonard Studio Equipment would go into Telescoping Arms, Gyro Stabilized Remote Heads, Vibration Isolator Systems and Sliders. As a result, Leonard Chapman created the Hydrascope Telescoping Crane Arm as well as a variety of Crane Arm Bases to accommodate these cranes. Bases range from the Ultra Hy Hy®, Ultra CS®, the Hydra Base and the Raptor. Additionally, the Titan Cranes have been modified to Maverick Bases to accommodate the larger Telescoping Arms.Today the Hydrascope comes in a variety of sizes, the 15', 20', 32', 43' and the 73'. 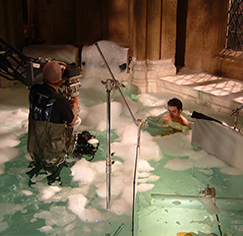 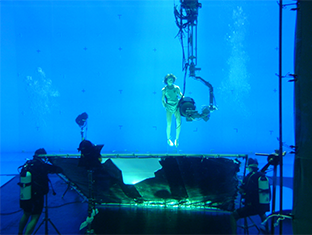 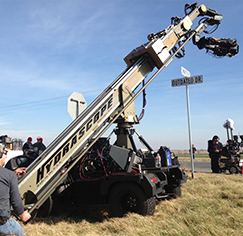 The Hydrascope's multi environment capabilities made it unique from other telescoping cranes on the market. Able to be completely submerged under water, this unit combined with the Amphibian Water proof head made it unique. Adding Counter balance systems and a Sliding Weight System, made the Hydrascope transition from air to under water with ease.

Leonard in the new Millennium also saw the need to create Stabilized Remote Camera Systems to create smooth images on screen for the cinematographer. Thus the G-3 Gyro Stabilized head was developed as well as the CL Head. Both incorporate a 3rd axis. Today Leonard is working on the PRT Head soon to be released. 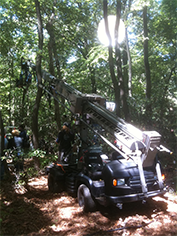 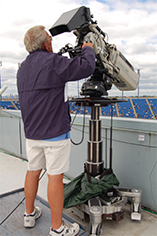 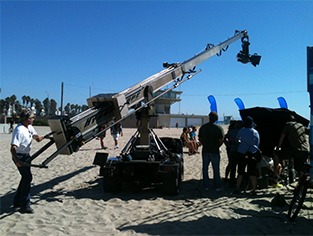 Chapman / Leonard is also working on Vertical Vibration Isolators, Gimbals and Sliders to create additional stabilization, as well as versatility for the cinematographer.

Today Leonard Chapman and his team of engineers work to constantly improve and innovate the Chapman line of equipment. Latest equipment to look for is the New Hybrid IV camera dolly!